Music from the film PRESENCE 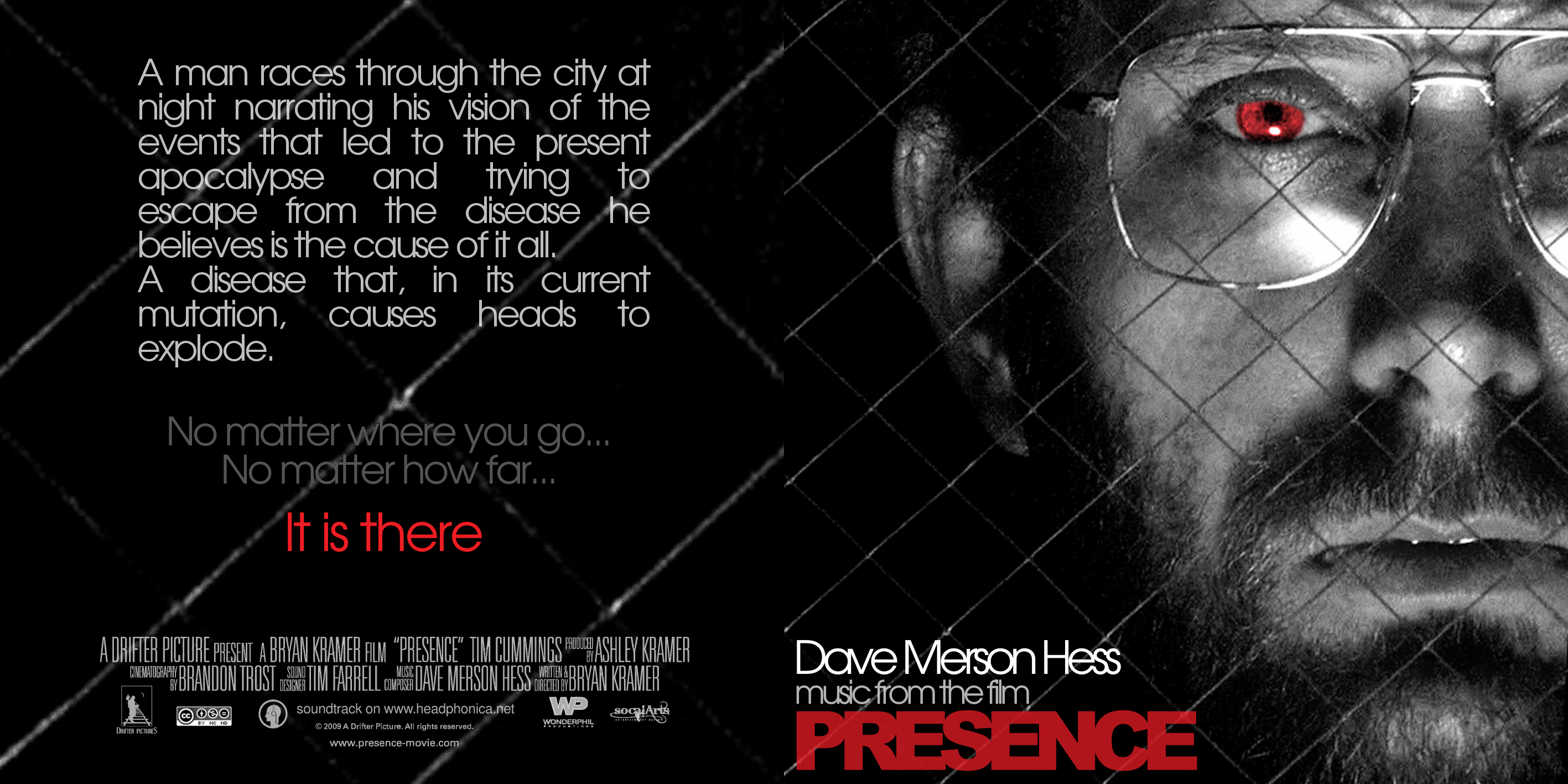 Music from the film PRESENCE

"Music from the film PRESENCE" is the score for an independent/cult science fiction film which has premiered in June 2009 at the Seattle True Independent Film Festival (STIFF) in Seattle, Washington, USA. The film is heavily influenced by Jean-Luc Godard's Alphaville, Werner Herzog's Wild Blue Yonder, and the films of David Lynch. It was shot in downtown Los Angeles, CA, mostly at night. It uses music heavily, as well as public domain and stock footage from the U.S. National Archives in Washington, D.C. to tell its story.
As a film, PRESENCE is at once visually beautiful yet stark and unsettling, pairing long, elegant shots of downtown Los Angeles with bleak, startling footage of disasters, both real and fictional. When composing for the movie, I knew I had to provide a score that would blend seamlessly with the visual elements of the film to enhance the sense of acute loss and impending dread experienced by the film's protagonist. The movie is at some moments frightening and horrific yet at others tender and nostalgic, so I worked with director Bryan Kramer to emulate those emotional shifts while creating a score that was consistent as a whole.
For inspiration, I looked to electronic music pioneers Louis and Bebe Barron's score for the 1956 film Forbidden Planet, which blurs the line between music and sound effects. By composing music that was simultaneously repetitive and unpredictable, I hoped to invoke the familiar yet chaotic sounds of claxons, sirens, and alarms.
I used a variety of instruments, including mellotron, Moog and other analog synthesizers and VST emulations (for example, NineCows Cynthia, which emulates the EMS Synthi A), organ drones, vibraphone, heavily delayed drums, and electric guitar, in an attempt to create a score that is like the film itself, both synthetic and organic, both otherworldly and jarringly real.

Written, performed & produced by Dave Merson-Hess in a closet in Richmond, Virginia, a bedroom in New York City,
and on a train traveling between the two. Special thanks to Jessica Roberts for arrangement assistance on "Onomatopoeia"
and "Drive", and for general moral support.

Uploaded by headphonica on November 30, 2009